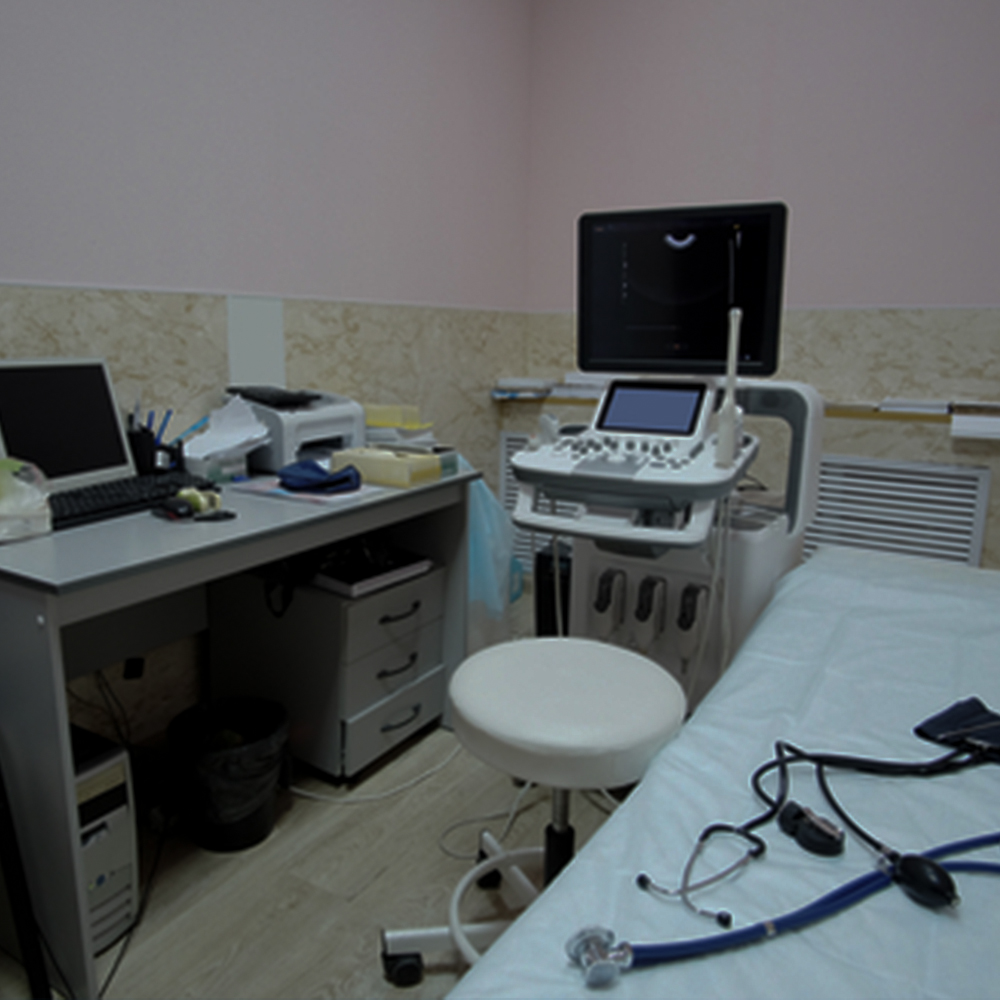 The Ultasonography service at Fatima Memorial Hospital is equipped with seven ultrasound and one US Doppler room. The ultrasound image is produced by sending sound waves of 1-10 million Hertz through a transducer by placing it over the structures of the body. The sound waves either get absorbed or get bounced back to crystals in the head of the transducer. For example, sound waves go through areas that are hollow or fluid-filled, such as the bladder and blood vessels. These areas appear black on the screen. Areas filled with tissue allow some penetration and refraction of sound and produce a grayish-white image. Hard structures, such as bone, produce a bright white image as the sound waves completely bounce back to the transducer.

In pregnancy, this allows providers to have an image of the woman’s womb. The amniotic fluid will appear black, which enhances the bones and tissues of the baby, which will appear white. The doctor can assess how well the baby is developing, it can determine the gender of the baby and detect any abnormalities
Along with the facility of ultrasonography for obs and gyne Patients, we also have services for  Emergency patients who are provided with the services as soon as possible and the report is issued within 4 hours.